A Date At Last.

When Lucy had her operation and halo applied we were told it would be removed in six to eight weeks. Well, six weeks passed and she was given a CT scan to check how things were. Then eight weeks passed and we still hadn't heard anything from the hospital so I gave them a call. I was told that she would have an appointment as soon as possible. The appointment came through for 12th November!! That means she would have had the halo on for five months.
I called again and explained why I believed she should be seen sooner and was told that she (the secretary) would have a word with Lucy's consultant to see what he said and get back to me. Three days later I called again to see what the consultant had said to be told that he hadn't seen the message yet and she would make sure he saw it that day.

Surely, it shouldn't be like this? She is an eight year old girl, she should  be seen in the time limits given, I shouldn't have to keep calling and pestering just to get her seen.

Anyway, the secretary called back and Lucy will be going into hospital next Monday morning to have the halo removed.

Then we will see what she is like, how much movement she has lost, if her neck is straight, if all of this has been worth while.

If she is fixed.

We have changed our minds again and have decided that she should have a general anaesthetic when she has the halo removed. The points have become quite sore and there has been some weeping which has scabbed over. We just think that it may be just a little too painful for her to endure. We also believe that she's not as brave as she often makes out. Sometimes she is able to express herself more and we can see just how frightened she actually is. We want the best for her and taking everything into consideration we now believe that the after effects of the anaesthetic would be easier for her to cope with than not having any while the halo is removed.

With the turn in the weather it makes us think that Summer will soon be over. We have tried to make the most of it but with Lucy in her halo we've not been able to take a holiday, or visit the beach, or do many of the fun things that we see others doing with their children while the weather has been warm and sunny. We can't visit adventure parks or go on bouncy castles, we can't go swimming or play sports. We refuse to keep out of the public eye, ignoring the stares and constantly answering questions, why should she stay indoors.

Having a new car has been a godsend. It's so much easier, and more comfortable for Lucy to go out now. So even though things have been bleak at least we've had something good in our lives. 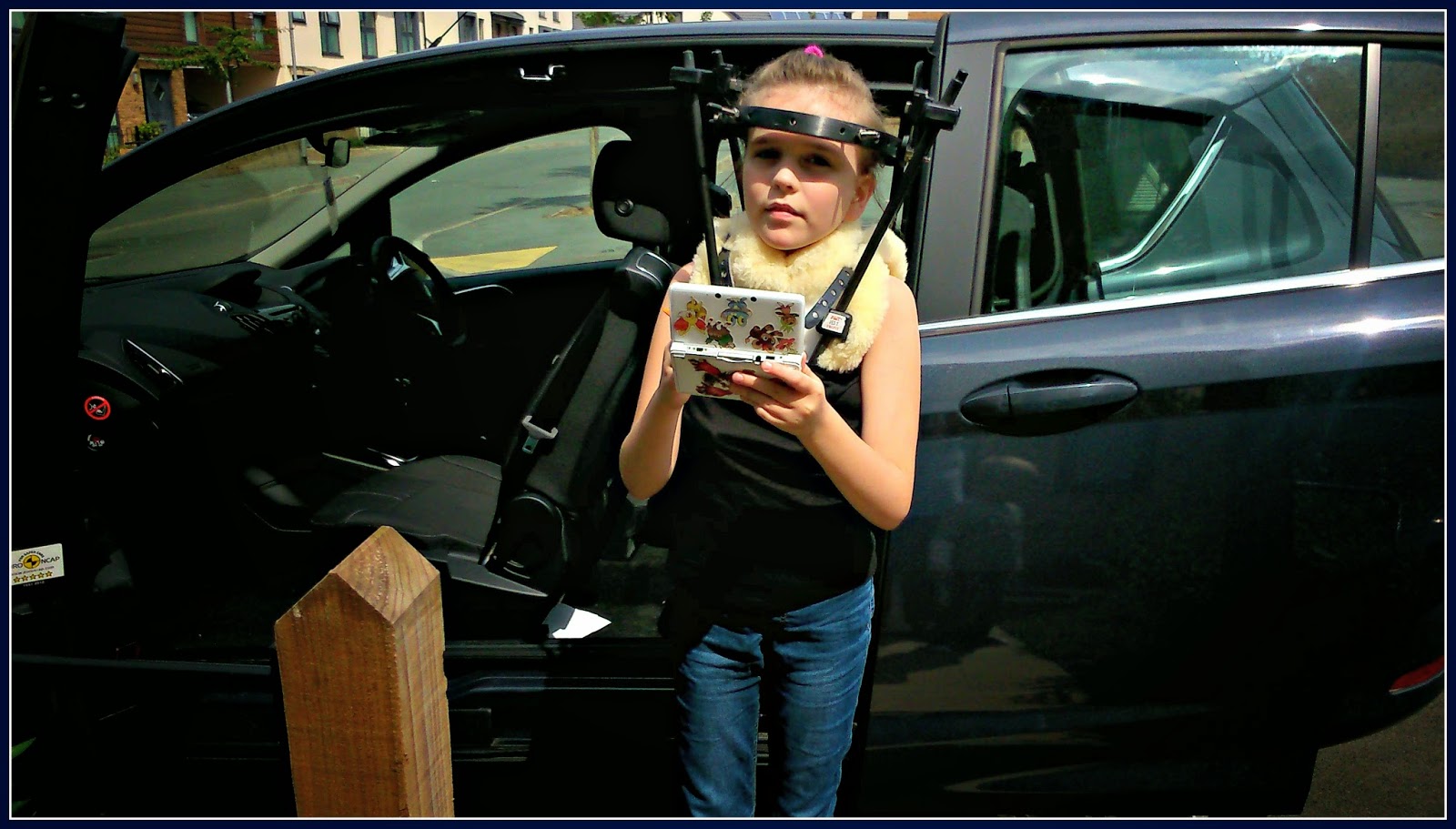