Lucy went back to school today.
The morning started like any other morning, then when it was time to get dressed I think she thought about feigning some kind of illness, but changed her mind and just confessed that she felt really nervous. I gave her an encouraging chat and she was ok again. No problems going into school, and one very happy little girl when I picked her up at lunch time. I think she's going to be just fine.

We seem to be having an issue with her feet though. She keeps getting blisters, which don't get any better. She had one just before Christmas and I had to take her to the Doctor for some anti-biotics because it became really infected. Then she had one on her toe that bled so much it turned the entire foot of her white sock red, within minutes. They take forever to heal, and often once healed just break up again. I've brought her some expensive shoes which have been properly fitted, so hopefully that will help. Although today, after just one day in her new shoes, she has another new blister. 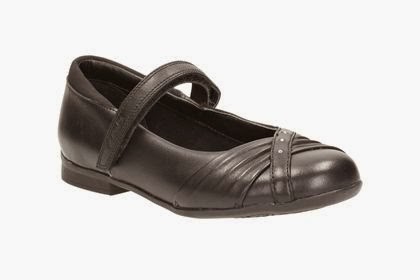 Another problem is one we don't really talk about much but I think it's time to try and get it sorted again.
When Lucy was a baby she suffered terribly with constipation. This was an ongoing problem throughout her early years and we tried medicating her on the GPs advice. Nothing really worked though so I decided to make sure her diet was healthy and keep giving her plenty of fluids and hope for the best.
When she was four we were having trouble toilet training her. She had already started nursery and been suspended until she could use the toilet on her own. We finally managed it with her wee, but the poops were another deal altogether.
At six she was assessed for autism and this involved lots of tests and analysing. The psychologist thought that it was probably our parenting skills which were lacking and gave us potty training tips to try with her. The GP gave her more medication for constipation.
At nine we are convinced that this is not a normal problem. She is still incontinent. In fact, she has never actually made it to the toilet.
It's not just constipation, although she does still get constipated at times.
It's not our parenting skills. I have five children, two younger than Lucy, and I've not had a problem like this with any other child.
It could be psychological, it could be physiological.
We don't know, but we do need to know. Lucy is getting older and we cannot risk her soiling herself at school, they would never let her live it down.
We have managed at school so far because when she was much younger it was understandable that a child might have the occasional accident. When she was seven, she managed a whole year of full time school with only one accident. The teacher sent her home believing she was poorly.
When she was eight, she was only at school for a short time, and was attending hospital twice a week, so she managed without an accident.
She is nine now and due to go back to full time school. I cannot see  her getting by without soiling herself.

When she does soil herself she doesn't seem to have any idea how it has happened. She swears that she did not feel it. She gets very upset. We get very upset. I get very fed up of cleaning her up, it's much worse than changing a baby's nappy.

So on Friday I am going to speak to the GP again. I want to know if there is something physically wrong with her and if so, if it can be fixed. If it is psychological then I will ask for help. I'm so hoping that something can be done for her.