We are still waiting to hear what will happen next with Lucy. I called the hospital last week and they promised that someone would call be back, when they hadn't called back 10 days later I called them again. I was told that Lucy was being transferred to a new consultant and that they would call me back and let me know what was happening. I still haven't heard anything.
I don't know exactly what they mean, she could transferred to a new neurosurgeon or maybe they mean a different type of consultant, an orthopeadic doctor, or rheumatologist??? I really don't know. Maybe they mean she's being transferred to another hospital? I wish I did know. It seems crazy that she can be in such a fragile state and the hospital just don't seem to care. Or maybe they just don't know how to help her? Either way, it seems too much trouble for them to let me know what is going on.

On the bright side we have put it all aside this week and had some lovely days. We had a day out at the Nature Reserve which was lovely. The weather was fantastic and Lucy was feeling well. She managed to do a fair bit of walking as well. She couldn't join her siblings in the soft play area, it was too risky, and the playground was full so we couldn't risk her playing there either. It was hard saying no but she was gracious about it, especially when we promised her a treat in the shop before we left.

We had another day out in town where the girls had the opportunity to review some great new trainers which you can draw on. After the event we had a walk around town and again I had to say no when she wanted to play in the play tunnel and slide in The Entertainer. I really hate having to say no all the time.

So we went out twice safely, but then she has a fall in our own back garden. Thankfully, she didn't hurt her neck but she hurt her leg. She had a big scratch and a bruise on the top of her thigh. I was worried for a while because she said her leg hurt too much to move and I thought she'd done some serious damage. It did ease off though and she was able to walk ok the next day.

Another worry is her headaches. She's been getting them for a while, before her neck twisted. I took her to the GP who said she was having migraines and to just give her pain relief. I don't think they are bad enough to be migraines, I get them and they actually floor me, her headaches are not so bad but they are frequent.

I find myself constantly checking her pin wounds from the halo. They improved quickly after the removal but they don't seem to be getting any better. They are more like deep indents than wounds but they are still red and still noticeable. I wonder if they will put the pins in the same place when/if she has another halo put on. Or will she have new scars?

So here we reside in limbo land again. Trying to get on with our lives but constantly worrying about our little girl. 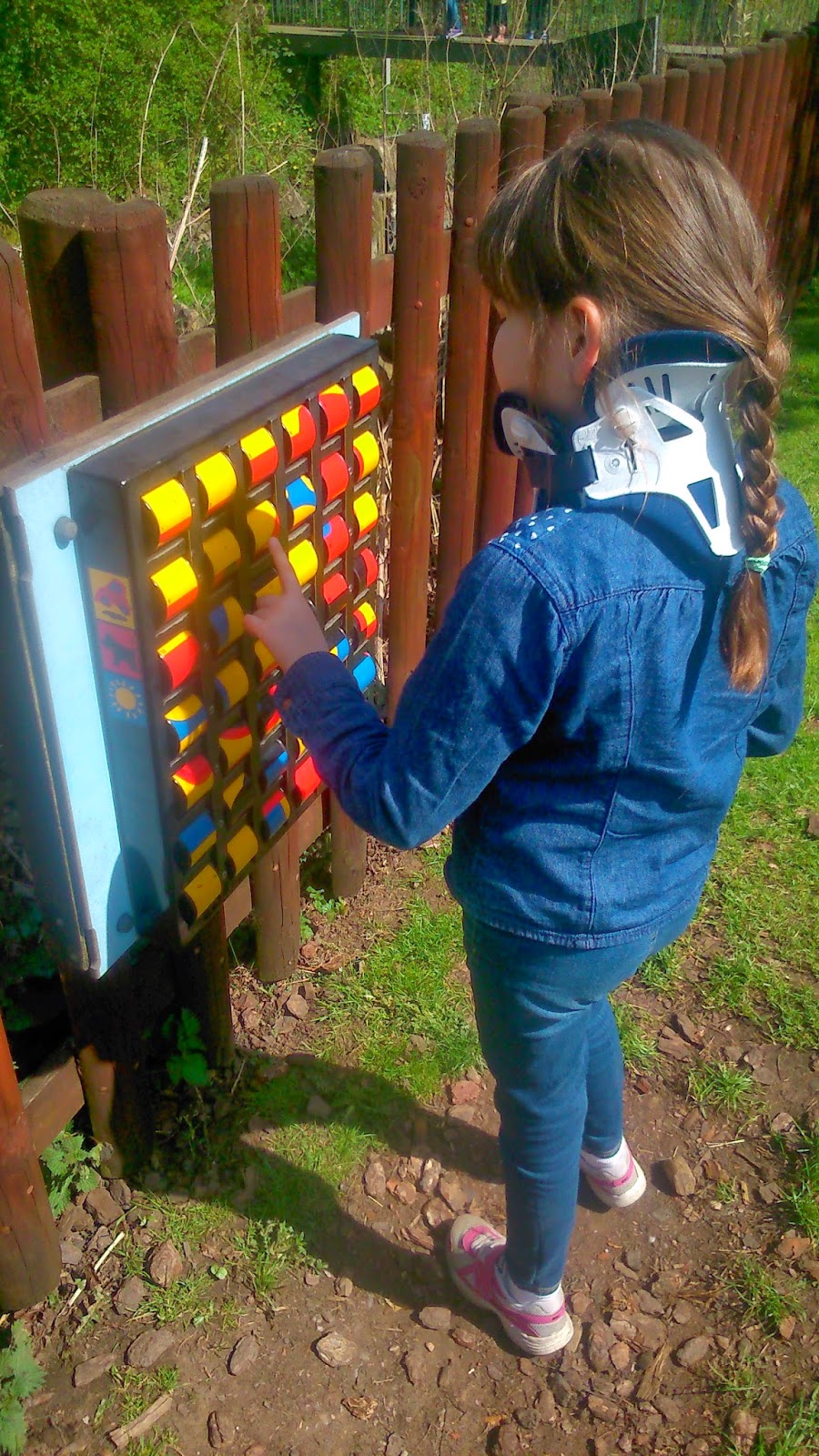