Yesterday I took Lucy to see a gastroenterologist at the Children's Hospital.
Lucy has had gastric problems from as long as I can remember and we have tried everything. Her first visit to the GP was before her first birthday and we have talked to many doctors since. She has had her stomach x-rayed and been analysed by a psychologist, but all to no avail.

I don't know why she hasn't been referred to a specialist sooner, maybe it's an age thing? A lot of children take much longer to get sorted with their bowels than we realise. However, she's now preparing to go into secondary school so something needs to be done.

The Doctor was very thorough, beginning with a complete history of Lucy's symptoms and treatments. It wasn't hard to remember, it's always been the same.

Then he examined her and finally we talked about her options.

I'm so glad there were options.

He did give medical terms for some of the things he found but I've forgotten them for now so I'll fill them in when I get the written report. I usually jot them down myself but it just slipped my mind yesterday.

He found a problem with her sphincter muscles which explains a lot. He also identified a psychological problem of her brain not connecting with the need to go, there is a medical term for this. Also, he is concerned about he consistency of her stools so we need to address this.

We are approaching one problem at a time beginning with a complete clear out next week, as it's half term. Not something to look forward to but if it is what she needs.

Then we have to work on the psychological problem by using methods we have tried before that haven't worked, but now I understand why they didn't work so hopefully we can just keep trying. Basically we have to have a routine for going to the toilet. We have tried this before in the hope that she would learn to go on the toilet, but now we have to change our thinking and do it as a means of catching her occasionally as we know she probably won't be able to learn it.

Then hopefully there will be exercises that can help her sphincter muscles to work properly.

She will now be monitored regularly so that if there are other problems present they will be investigated. These will be more noticeable after her 'clear out'

It's never going to be a simple answer but I do feel more positive now, and it's good to have someone on side listening to us for a change. 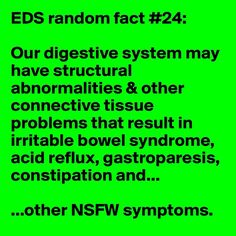