A visit with the Psychologist

We had an appointment with the psychologist today, we've not had one for over a year. We've been going to the same place for over five years now and Lucy walked into the office in a real chirpy mood.
"I've not been to see you for ages!"
"Everything looks smaller in here, have I grown so much!"
"I'm at a new school now."

This was before the Doctor had had a chance to speak more than an hello to her.

She was asked about her school and told her which one she was going to, and about the bullying and how it had all been sorted out now. She really was chatty and cheerful, like she was happy to be there. Then she went off to play with some of the (babyish) toys while I was left to speak to the Doctor.

We talked about school, her incontinence problems and her sleep patterns.
Lucy was weighed and measured (yes, she's grown again!) and then examined on the bed where she complained of a sore tummy.

Then she went back to playing while we discussed what our next steps were.

She is going to be referred to the incontinence nurses (I never knew they existed) for help in that area. In the meantime I have to give her Movicol more regularly.

She has been prescribed Melatonin as a trial to aid her sleep problems. We don't think this will help though because Melatonin is used to help someone to go to sleep, Lucy's problem lies in waking up way too early and not going back to sleep. Even if we keep her up later she doesn't sleep longer in the morning. She does have trouble going to sleep some nights and will come downstairs two or three times until I go to bed. Then she comes into our room and sleeps in the spare bed we have. If she does sleep in her own bed she will be awake by 4am and then come into the spare bed in our room. Sometimes she will go back to sleep, but mostly she will play on my mobile until it's time to get up. I used to get up early with her, around 6ish but since I got sick myself I find I can't wake so early anymore due to the drugs I have to take.

We really want to get rid of the spare bed from our room but that would mean even less sleep for me and Lucy's Dad as she would keep getting us up to re-settle her all night long.

We also noted her increased number of meltdowns, and also her lack of maturity compared to her peers. When in meltdown mode she has started to say she wishes she was dead which is very upsetting. I think she's way to young to have thoughts like that. The psychologist assured me that it was her autism, because she see things in black and white and when she feels like nothing is right in her life then the only thing that would take everything away is to end life. It's her answer to ending the bad stuff going on. She doesn't think past the consequences or that things might get better. I'm not sure that this makes me feel any better, but I suppose it's kind of reassuring to think that she's not thinking of dying, or the consequences of dying, she's just thinking of a way of ending her distress with something final. I'll still be keeping an eye on her!

Lucy has always been split in personality, so kind and lovely one minute and a complete monster the next, but as she gets older it seems she has less control over her emotions and the fight inside her is real.

We try our best to avoid meltdowns but sometimes we get it wrong. Yesterday, for instance, we realised too late that her siblings had and Inset day and didn't have to go to school. Not too late for them, but too late to let Lucy know and process the information. Her finding out on the morning that she had school and the other two didn't was just too much for her and she went into a soul destroying meltdown. I felt so awful for her, she lashed out at everyone and everything, and, of course, wanted to die. We did manage to calm her down, and there was even a smile by the time we dropped her off at school. She came home in a great mood after a good day. Of course I'd spent the day worrying about her.

She goes from loving being at school to hating it with a passion. I guess that's quite normal for an eleven year old though. I can even remember feeling like that myself at times. Although I will admit that it's hard to remember so long ago. We are persevering with mainstream school for now though. If they can sort out her bullying problem and she can go into school without any trouble then it can't be bad. She is refusing to do any homework though. It's a strange system they have. They get booklets for all their lessons and have to complete sections of the booklets which they are tested on their knowledge every two weeks. However, the booklets are not checked or marked (except for her English one) so it's only the tests that show that they have done any work at home. Lucy has managed to wing it so far and passed all the tests. I am now trying to get her to do at least a little work at home even though she claims there is no need because she's passing the tests.

We know the worst is yet to come as she hurtles towards puberty, but sometimes we feel positive that we can do this the best we can and all come through unscathed. Fingers tightly crossed X 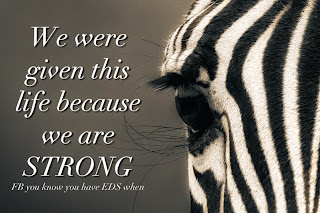