I'm no expert but I'd hazard a guess that because she was so poorly she would have Vascular EDS. This affects the heart and organs and can be serious.

My daughter also has EDS but we haven't been given an accurate diagnosis yet, we are still under the geneticist to find out exactly what is going on. We don't know what the future may hold for her.

When she was just three years old she had a lot of problems with pain in her knees, she would keep us awake most of the night complaining. The hospital diagnosed Hypermobility Syndrome.

Then she had the subluxation in her neck which should have been easy to fix but her consultant noted that her ligaments were very lax. I looked up what this could mean and that's when I first heard of Elhers Danlos Syndrome. Her consultant referred her to rheumatologist who agreed that she had EDS and then referred her to the geneticist to explore more. The geneticist reported that she may have Marfan Syndrome and ordered tests on her heart and eyes. They came back ok, she doesn't have problems. However, there is no way of knowing if problems may occur in the future.

My little girls is currently doing quite well. She does get sick a lot, I mean a lot more than her siblings, but she hasn't had any subluxations for a while which is good.

It's hard not knowing the future, but we can only live in the day. It's hard looking back at the things she has been through in the past but we got through it and she's still with us.

I just wanted to say, yes, my daughter has EDS but she's not as sick as that poor girl, Antonia, in the tv program last night. Awareness of rare conditions is always good, but I wished they had been more specific. 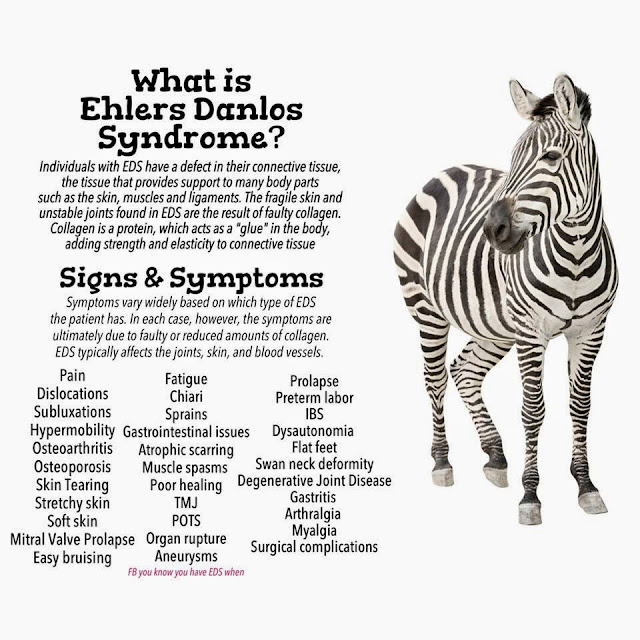 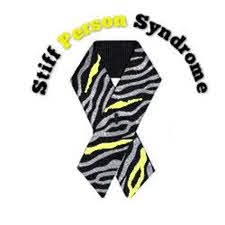